About the Zoo Rabbi 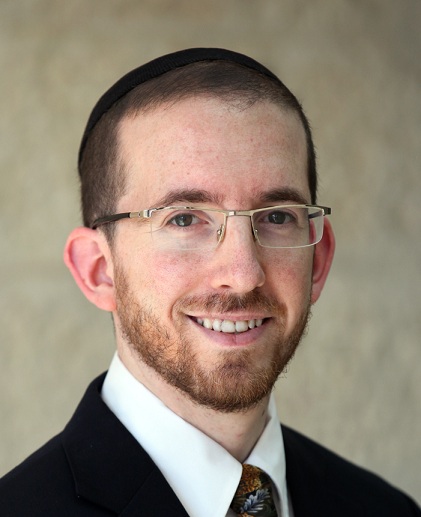 Rabbi has also taught extensively on Judaism, science and zoology at Yeshivat Lev HaTorah in Ramat Bet Shemesh and at numerous synagogues worldwide. He has also run many educational programs at zoos and natural history museums, as well as serving as scholar-in-residence on African safaris. Rabbi Slifkin has written numerous books on the topic of Judaism and the natural sciences, and he has also written extensively for the Daf Yomi Advancement Forum, as well as for many newspapers, websites and journals. He also maintains a popular blog, Rationalist Judaism.

Rabbi Slifkin's wife Tali (nee Samson) is from Los Angeles; she has a Master's Degree in Social Work and works as psychotherapist. They have five children and live in Ramat Bet Shemesh, in a house that is much more spacious since all the exotic animals were moved out to the Biblical Museum of Natural History.

"Rabbi Slifkin has made a career of reconciling Jewish Scripture with modern natural history... With nine books to his name at age 29, he is a young up-and-comer in the sober world of Jewish scholarship."
—The New York Times, March 2005

"Rabbi Natan Slifkin... popularly known as the "Zoo Rabbi" because of his consuming fascination with the animal kingdom and his Steve Irwin-esque pedagogical style... has emerged as a central figure in the ultra-Orthodox struggle to define the proper place of science within Judaism."
—The Wall Street Journal, June 2007

"Combine an amateur zoologist and naturalist, a talmid chacham, and a gifted writer, and you get Rabbi Natan Slifkin... Rabbi Slifkin is an all-around Renaissance man and his activities and achievements at such a young age are dizzying." —Milk and Honey, Winter 2002

"Rabbi Natan Slifkin's scholarship in both Torah and the natural sciences, his sense of humor and his delivery combine to make him a successful teacher. In addition to all the above, Rabbi Slifkin's unique, fun and informative programs at zoos, animals parks and with animal exhibits are a wonderfully refreshing way of introducing Torah to the uninitiated (and even to a more knowledgeable crowd). Teaching about Judaism through the use of the animal kingdom is original, entertaining and very effective." —Rabbi Mordecai Becher, Senior Lecturer, Gateways Education Program